MAX is Daihatsu of Semitoru type light car. MAX · RS is a sporty model. It also describes the differences between the previous early type and late type of MAX RS in this paper. 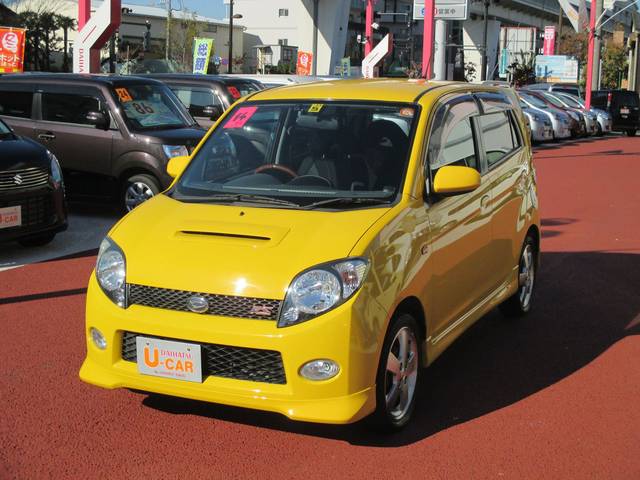 MAX that appeared in November 2001 was developed as a model to fill the space between the move and the hatchback of Mira is a tall wagon. Its height is the height that is set to 1550mm enter the mechanical parking. This is classified as a light car with such a similarly reasonable height Suzuki Kei and Mitsubishi ek wagon.

Two types of basic grade and sporty grade has been set it can be broadly divided into the MAX. Dealing this time "RS" grade is the most sporty grade light car. 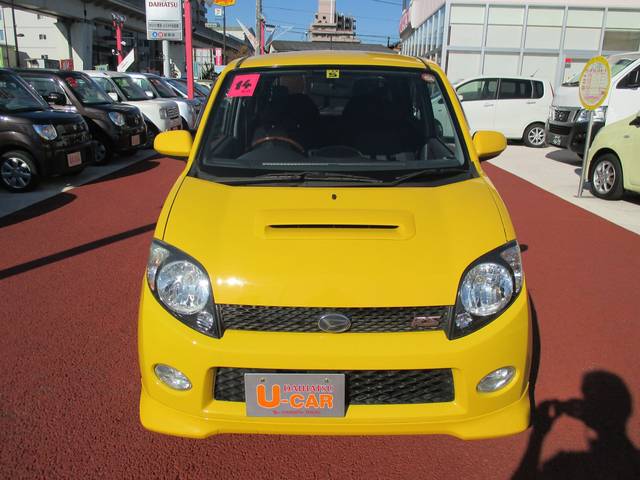 Sporty to from front design to see. First headlights are inner black reduction, it is to be directed at a glance the differences between the base and a spirited design that the eye-line is emphasized. Grill is the very same as normal but dedicated "RS" emblem is attached to the right edge, stylish custom sense of drifting. Air intake of the hood also become design accents, and apparently normal model has been differentiated.

Incidentally front design has been changed in the late model and became normal model similar. 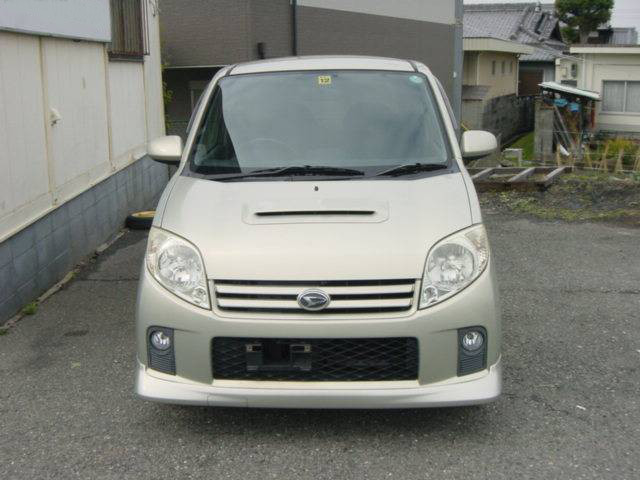 Headlight of the inner black is normal model common annihilation. Emblem had issued a sporty feel is also cut as well. Grill but features landscape design that contains the line difference the same as here also the normal model was the only air intake. 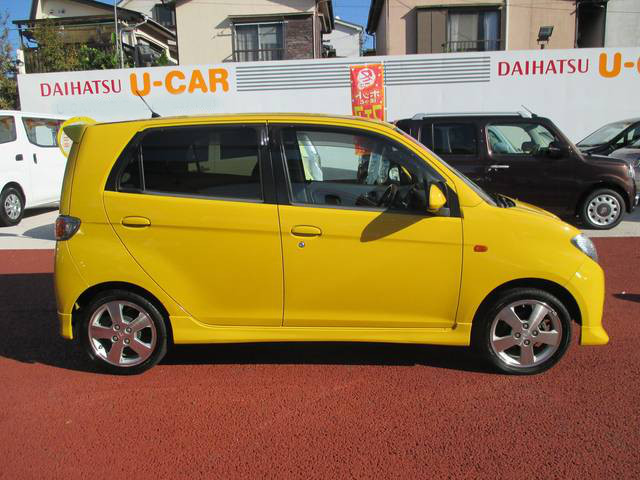 From the side back. Just the right height overall height had very balanced which is located about in the middle of the age of the Mira and Move. Not only have to keep a 1550mm entering the multistory parking garage, in design to the has realized not too low not too high are also no extreme wagon feeling that can be seen, such as in the move. It is a good design sense of rejection is reduced even in this if from ordinary car of transfer user. 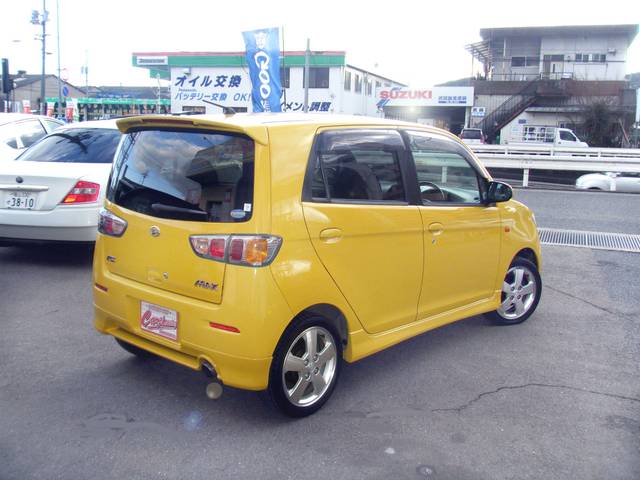 Rear. In combination lamps the maximum of features such as Alfa Romeo, it has become a two-lamp that unusual taillight and brake lamp are independent in the light car. Do to around here is derived from that originally was a light car upmarket. It should be noted that the image is but clear type, outer frame is also present normal type of non-clear. 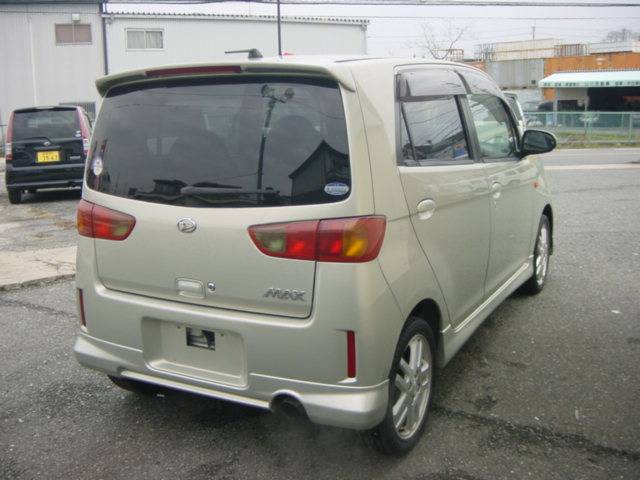 Late in the rear again. Here it is also clearly deteriorated compared with the previous fiscal year. Combination lamps that were sparkling in the multi-reflector, the changes to those that contains the legacy of the lens cut. Cloudy design has issued a Furukusa is, has become a disappointing minor change to the body design is good. This degradation change even sporty RS (Ri) in normal the same.
Multi-reflector abolition of the front of the common and the combination lamps in the obvious cost cuts, this is a phenomenon that has been seen even Atrai Wagon custom of fourth generation. Usually because of the general are multi-reflector of in the minor change, I said that the mystery of the specification change. 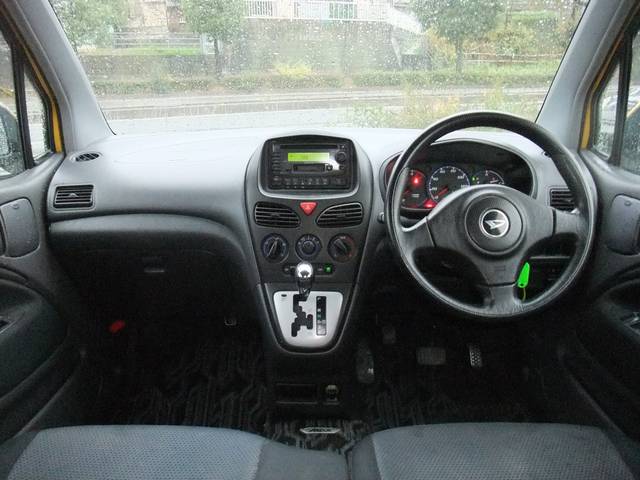 Instrument panel. It receives a sporty impression and tones and black. 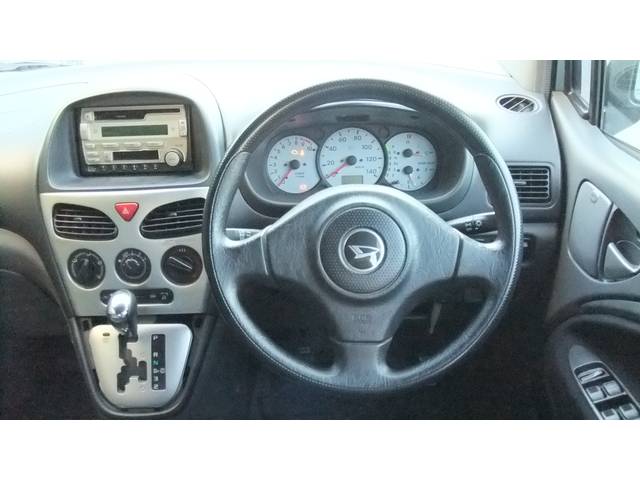 Speedometer has been changed to those of white background received a minor change in the late stage.

Engine that is prepared for sport grade but two types of three-cylinder or4 cylinder turbo RS of the most significant is the four-cylinder turbo only settings. Mission set of only 4AT (In Ri grade one was also 5MT a combination of but three-cylinder turbo). Note 4AT is with manual mode, and can be varied arbitrarily gear the driver side. Drive system is FF or 4Wd.

MAX The biggest feature is that it is equipped with electronically controlled 4WD will be the first in the light car in 4WD models of RS, the "cyber 4WD". Normally, light car and compact car but simple 4WD to work only the mainstream when it slipped that life four-wheel drive, luxury to are equipped with 4WD system up a notch even in this MAX.

Front 4WD system by the electronic control coupling attached to the LSD and rear propeller shaft tip of torque sensitive type is adapted to be able to select one of the mode There are three types of "sports", "Auto", "2WD". It is possible to travel at all times 4WD become a torque distribution between the front and rear 50:50 if "sports". Front in the "auto" is I tell the drive to look at the rear of when the slip. It is something that can contribute to fuel economy. Therefore constantly FF in "2WD". 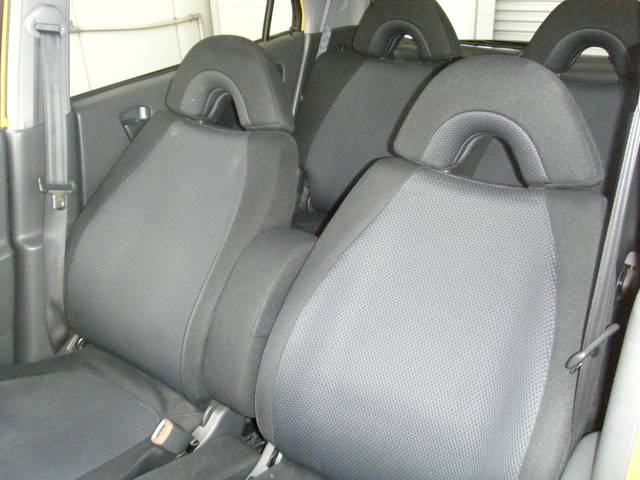 Very sporty in appearance front seat is the seat is close to the bench seat shape is similar to the semi-bucket seats. 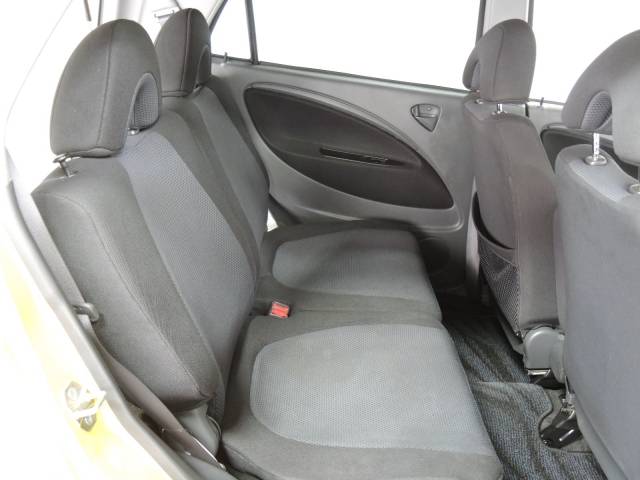 Rear seat also has a shape that conforms to the front. Feet narrow when compared to truly Move and Tanto. 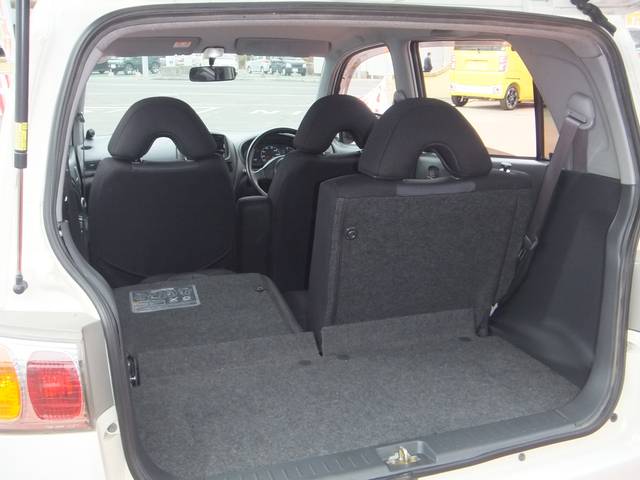 Even in the day MAX is that it was sunny by Daihatsu of four-cylinder turbo engine and cyber 4WD, it is one that can be run in a stable even on rainy days. Look's wagon Chick but (not as much as off-road vehicle) in the snow by a full-fledged 4WD it's the one reliable. Design that comes from the better height is located about in the middle of the Mira and Move is, it would be a good subject to the user with a really resistant to wagon feeling.
However, the one about the middle of the height became a bruise, did not stretch as it sounds sales will result in a half-hearted models. It's one that can be purchased inexpensively in or '10 fall percentage of performance there is also to be close to there is not popular in the secondhand market. The hope is people who are interested try to find a good individual of degree. Luxurious 4WD far in this age is a rare model definitely. MT is It is a pity that not choose but one also recommended to the four-cylinder turbo lover.
Tweet